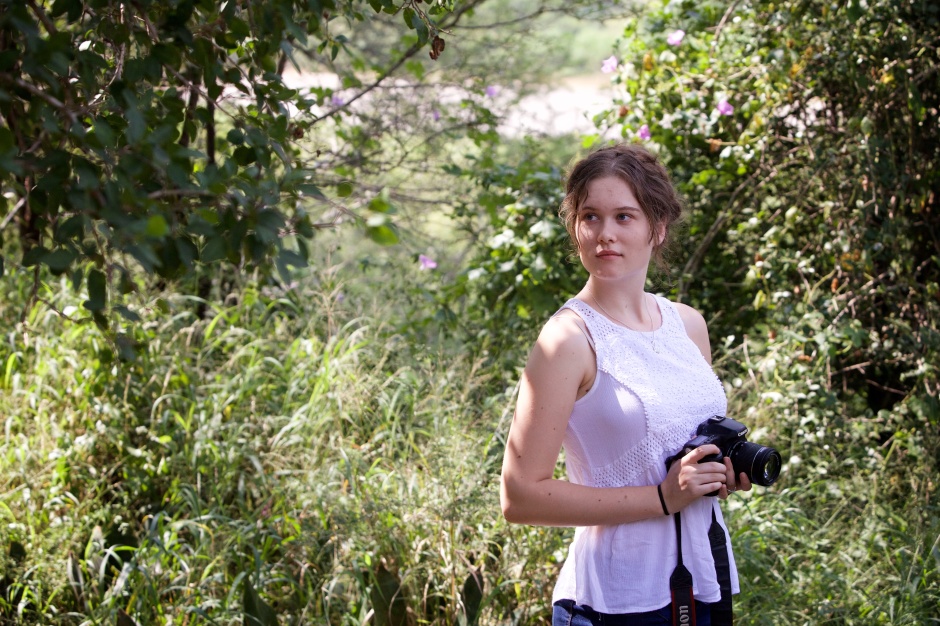 It’s been a while.

I started this post at the end of last year but never got around to finishing it. As it turns out, university is a lot of work. 2018 was an absolute roller coaster of a ride. I would describe last year for me as a boat journey. Not only did I cross the sea to move to another country, but there have been times of stress and uncertainty when it felt like I was being tossed around in a sea of crashing waves, and then there have been times of brief calm and peaceful ocean.

The main event of last year was graduating from high school and starting my very first year of university. I’ve told a couple people that if I’d known what last year was going to be like, I probably would have gone the safe route and taken a gap year. However, it’s been such a surreal year of challenge and learning that I don’t think I ever could have been ready for what this past year has thrown at me.

I started off last year on the east coast of South Africa and ended it near the west coast of Canada. I have moments in my day when I realize how crazy that change is. Culture shock is a real thing. The way I attempt to describe it to people is that it’s in the little things. South Africa is a relatively developed country compared to a lot of African countries so the cities don’t always seem quite that different, but it’s something like the smell of the ocean, the colour of the lights, or the selection of a store shelf that reminds me I’m not in a familiar place when I’m in Canada.

Don’t get me wrong, Canada is great, it’s just…. different. If you ask me which one I prefer, this is how I’ll respond: You’ve obviously never had your heart split between two countries so don’t expect to understand the complex range of emotions that comes with that experience. Go think of a worthwhile question and maybe you’ll get a worthwhile answer.

Okay, that’s definitely not what I would say if you asked me that in person. I would probably say something more along the lines of: “Oh, you can’t compare them.” Just know I’m thinking the line I stated above. But here’s some advice, just don’t ask me.

Now what was it like leaving South Africa? That’s a question I can answer.

I had to grapple with the fact that I was moving halfway across the world to my home country that no longer feels like home. Whenever I visited Canada there has always been at least one person that asks me what it feels like to be ‘home’. I never know how to answer that question because there’s this assumption that because I was born in Canada I still feel more ‘at home’ when I’m there. In reality, I’m stuck in a strange sort of limbo where I don’t feel completely at home in South Africa because I’ve kept my Canadian accent and have been homeschooled for most of my life, but because I grew up out of Canada, I don’t really know how to relate to Canadians either.

So when I had to start packing up my life of eight years in order to move to Canada to start university, it was definitely a daunting task. I had to go through all of my stuff to weed out what I didn’t need or want anymore and pack it up into cardboard boxes ready to be shipped across the ocean.

The time came for me to leave my country.

Saying goodbye to my friends was hard, but they have all been so supportive, and we manage to keep in touch (when I actually remember to respond to their sweet messages. Can I just say that long distance is hard?!)

Fast forward to finishing first year… that’s exactly what it felt like. It was as if someone had pressed the fast forward button and forgot to press play again. It went by so fast. That said, I learned a lot. I learned a lot about myself, about how to function in a university setting, and about how to interact with large groups of people I had never met before. Yes, I’m an extrovert, but even for an extrovert a whole university of people is frightening. Luckily, I have a brother who put up with me hanging out with him and his friends and now he can’t get rid of me if he tried.

But in all seriousness, I have met some really incredible people. While I tend to connect with people pretty quickly, it takes me quite a bit longer to form deeper relationships. First semester was rough because I was in a new setting without any friends, and I felt very disconnected from my friends in South Africa. On top of that, I made a bad course decision landing me in a biology course meant for nursing students. My friends have heard me complain about this enough, but I managed to get through it while keeping my grades relatively high thanks to a miracle of a friend who actually knew what on earth was going on (shoutout to Chels <3).

So when second semester came around I had proven to myself that I could handle the academic difficulties that come along with university. It doesn’t mean second semester was easy, but I started really connecting with people in second semester which made this social butterfly’s heart a whole lot lighter (you know who you are 🐧).

So now I’m looking back at the academic year I’ve completed and I couldn’t be more proud of myself. If I’d known the struggles I would encounter before enrolling at UBC, I would have given into fear and stayed home, but I am a better person for pushing myself out of my comfort zone and I can’t wait to continue growing throughout the rest of my undergrad degree (please remind me of these words next year when I’m staying up until 1am slowly being crushed by the heavy weight of my workload and my overachieving high standards).

And now, I get a very exciting opportunity of going back to South Africa and reconnecting with my home of eight years after the past year of crazy experiences. I’m heading out for the month of May and am planning to soak up all the South African sunshine I can. Honestly, if it’s cold and rainy I am going to be incredible grumpy, but at least I’ll have good people around me to make it better.

These photos are, in fact, around a year old, but they capture the way I feel about South Africa incredibly well, and I can’t wait to go back and capture more of this beautiful country. Expect more posts to come soon.

And with that, my first year is done.

I’m in peaceful waters at the moment, but it won’t be long before my little boat is put to the test again.

One thought on “Transitions”

What I’m All About

• Capturing life, moments, and adventures
• Being creative and confident in oneself
• Trying new things

Want to send me a private message? Contact me at abigailundefined@gmail.com

I’d love to hear from you! Anything from ideas and suggestions to personal comments and inspiration, send me an email and I’ll be sure to get back to you. xx